Medical Travel Insurance for tourists and New Immigrants in Canada

Travel Insurance is designed for people who have permanent resident status in Canada and provincial insurance plan. Provincial insurance plans are different in every province. For example, in British Columbia this type of insurance is called MSP – Medical Service Plan http://www.health.gov.bc.ca/msp/ , whereas in Ontario, it is known as OHIP – Ontario Health Insurance Plan http://www.health.gov.on.ca/en/public/programs/ohip/ . Travel insurance can be purchased only by residents and citizens of Canada and works as an addition to provincial health insurance. The combination of both Travel Insurance and Provincial Health plans will insure your whole duration in another country.

So how does it work? A casual visit to a clinic or general check-up in Canada will cost approximately around $120 CAD. Same visit in the United States will be more expensive and can cost $250. The Canada Provincial Medical plan will cover the first part of expenses which are $120 CAD. The balance will be covered by the Travel Insurance.

In case if the holder of the Travel Insurance policy had to use medical services while travelling, it is recommended to contact the insurance company as soon as possible. However, if the duration of the trip is less than 2 weeks, the policy holder can make a claim once he comes back to Canada. As for provincial health plan, the insurance company will reimburse the expenses no later than 90 days after the insured accident. If the claim was made after that period, there is a chance the expenses would not be recovered.

It is also recommended to get Travel Insurance when visiting another province. Each province has different rules and regulations and don’t cover residents from another provinces. The price of the premium for visiting another provinces is twice less expensive when travelling abroad.
The prices and quotes can be found on the website. There are several Canadian companies that offer medical insurance plans. Each company has their own policy wording with their rules and regulation, coverage, benefits and exclusions. Also, the refund policy and cancellation fee vary from one company to another. Canadian insurance products are also insured by the Canadian government.

Manulife offers affordable emergency medical coverage for Super Visa applicants, visitors and immigrants to Canada. One of the biggest reasons why you should buy your Canada visitors insurance from Manulife is that it is currently the largest insurance company in Canada and offers plans with or without coverage for pre-existing conditions. Not many insurance companies do this; the only condition you need to meet is that the chronic sickness should be stable for 6 months prior to application. It is simple and easy to buy it online.
Posted by Insurance Online at 12:29 PM No comments:

Posted by Insurance Online at 11:11 PM No comments:

What is a “CanadianParent and Grandparent Super Visa”? How is it different from other types of visas? In this article, let’s spend a few minutes to discuss Citizenship and Immigration Canada’s (CIC) newest entry in its menu, what it is for and why it matters to you.
CIC introduced the Super Visa, or more formally called a Parent and Grandparent Super Visa, as a new option for future visitors to Canada. Offered since December 2011, applications for this new option are open to either the parents or grandparents of persons who live in Canada or those who have already achieved a Permanent Resident Status. With this, Canadian citizens and permanent residents can reunite with their parents and grandparents without having to deal with piles of paperwork and mind-numbing processing times.

But what exactly is “Super” in a Super Visa?

The answer can be summed up in three words: fewer, longer and faster.
1.       Fewer Renewals
Unlike other temporary visas which require status renewal every 6 months, the Super Visa enables its holders to stay for up to two years before renewing. This way, long-term visitors will not have to worry too much about expiration dates and such. Fewer visits to CIC mean more time to do the more important things in life.
2.       Longer Validity
Introduced in December 2011, these new multiple-entry visas are valid for up to ten years at a time – a much longer period compared to regular single entry and multiple entry visas, most of which are valid for less than a year. Considering the usual time it takes to process visas, this is a welcome relief for those who fear that they may not receive a new visa once their current one expires.
3.       Faster Processing
Super visas are processed about ten times faster than regular visas – you can get one in as short as eight weeks instead of waiting for years and years. The reasoning is simple: regardless of the distance, wanting to be with family members that you miss a lot is a perfectly legitimate cause for travelling to Canada. Moreover, senior citizens may not have the luxury of time, so CIC thought that common sense requires their office to process it at a drastically shorter time frame.

Canada’s booming immigrant population is a great addition to country’s rich cultural, historical, and economic heritage. Every year, thousands of talented and hardworking people enter Canada’s borders in search for a better life. Unfortunately, this new opportunity comes with a steep price: being separated from the loved ones they left behind.

However, with the new Super Visa, you can simply leave all those worries behind.
One of the main requirements for the Super Visa, is proof of insurance for one year with a minimum coverage of $100,000 from a Canadian insurance company.

Super Visa is Good News for Many 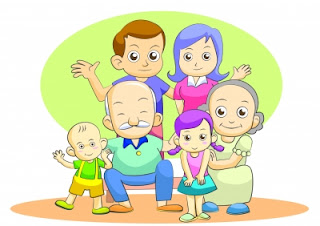 Those of us with parents oversees can finally rejoice!
The new Super Visa was announced 5 months ago and many Canadians have jumped on the opportunity to invite their parents or grandparents to come visit them in and stay for up to 2 years. The Government of Canada estimates that the time to process Super Visa is about 8 weeks, unlike the previous sponsorship applications, which took over 6 years. Also, unlike the regular visitor’s visa, parents of permanent residents and Canadian citizens receive a 10 year visa and can remain in for up to 2 years at a time, without the need to renew.
In this article, we will try to shed some light and answer some of the common questions about the Super Visa process.

1. How to apply?
In order to apply for the parent and grandparent Super Visa you will need to submit the Application for a Temporary Resident Visa, which can be found online, to a visa office and provide documents to support your application.


2. What documents must be included with the application for the Super Visa?

• A valid travel document
• Two recent passport photographs of each family member. Make sure these photographs meet the requirements
• Application fee ($150 for multiple entry visa or $75 for a single entry visa)
• You must provide proof that your parents/grandparents have enough money for their visit to Canada
• Evidence of the parent or grandparent relationship to the Canadian citizen or permanent resident they wish to visit
• A letter of invitation from the child or grandchild that includes arrangements for care and support and indicates the number of people residing in their household in Canada
• Proof from you that you and your family meet the Low Income Cut-Off
• Proof of private medical insurance for the parents, valid for a minimum of one year from a Canadian insurance company.


-In case the Super Visa gets refused, you can get a full refund from the insurance company.
-If your parents stay in less than one year, you can ask for a refund for the remaining time, assuming there were no claims on file. Some insurance companies charge fees for cancelations, while others do not.

At Arbetov Insurance, we work with 6 different insurance companies and we would be more than happy to assist you by offering you the lowest quotes and provide you with crucial information. Please contact us by calling 604-875-8878 or by email arbetov.office@gmail.com and we will gladly  answer all your questions.
Posted by Arbetov Insurance at 11:03 AM No comments: 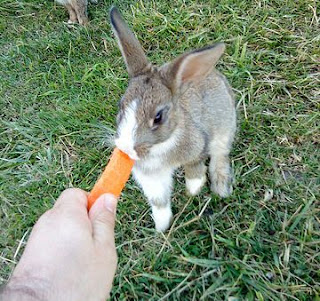 Finally! The Canadian Government made a step towards making the lives of immigrants a lot easier and came out with the Super Visa.

Buy Super Visa Medical Insurance Online
The Parent and Grandparent Super Visa, which will be valid for up to 10 years, will allow an applicant to remain in Canada for up to 24 months at a time, without the need to renew their status.One of the best things about this Super Visa is that it takes about 8 weeks to process. This means, that instead of eight years, which is the average processing time for permanent resident applications, parents and grandparents will be able to visit their families in Canada within two months. Sounds like great news for many Canadian families. The Super Visa will allow parents and grandparents to reunite with their loved ones faster and for longer, without spinning families into unnecessary stress.
Of, course the Super Visa is not without conditions. The Government will consider several factors before deciding if a person is admissible to Canada, such as the person's ties to their home country, the purpose of the visit and the person’s family and financial situation. An invitation from a Canadian host will have to be provided, as well
There are also a number of requirements in order to receive the Super Visa. The parent or grandparent must also provide a written commitment of financial support from their child or grandchild in Canada and complete an Immigration Medical Examination.
A key requirement in obtaining the visa is a proof of Canadian Medical Insurance Coverage at least for a year. The insurance must provide a minimum coverage of $100,000 and cover health care, hospitalization and repatriation.
While the new visa might add a financial burden on some of the sponsoring family, because parents and grandparents applying for a super visa will be required to obtain private medical insurance for their stay in Canada, no doubt that it will be a small price to pay. 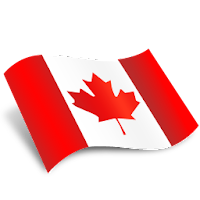 Posted by Arbetov Insurance at 11:31 AM No comments: 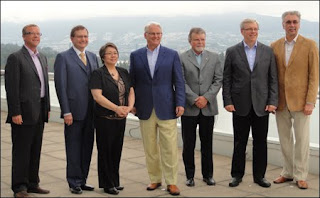 Vancouver – Western Premiers agreed today to support the next phase of the Own The Podium program as an opportunity to build on the outstanding success of Canada’s athletes at the Vancouver 2010 Olympic and Paralympic Winter Games.

Provincial and territorial leaders at the Western Premiers’ Conference highlighted the success of the Own The Podium program in assisting Canada’s athletes but also as a motivator for Canadians of all ages to get active.

Western Premiers acknowledged active living and healthy lifestyles as an effective way to reduce burdens on our health care systems. For example, premiers called on the federal government to work with provinces and territories to reduce average sodium intake to 1,600 mg per day by 2016 to improve the health of Canadians.

Canadians consume more than twice the recommended intake of sodium for adults. Excess sodium is linked to 30 per cent of high blood pressure cases in Canada. Reducing sodium could prevent up to 23,500 cardiovascular events each year, and could generate billions of dollars in direct and indirect health care savings.

Western Premiers will continue to press for a purchasing plan for common pharmaceuticals. A recently-signed memorandum of understanding on pharmaceutical pricing and purchasing strategy will allow millions of dollars of savings to be directed toward patient care.

Western Premiers will also take steps to achieve savings through collaboration on bulk purchasing of health care supplies as well. It’s estimated that bulk purchasing could lead to savings of millions of dollars annually. For every $10 million saved provinces and territories could fund:
· 730 hip replacement surgeries, or;
· 400 open heart surgeries, or;
· 100 registered nurses’ salaries and benefits, or;
· 10 MRI machines.
Posted by Insurance Online at 11:56 PM No comments: